SARTHAK 100 (obtained from a gland of the male musk deer) Kasturi or Deer musk  have been used in the perfume industry since ancient times. It is famous as kasturi has a penetrating and persistent odour. But due to the ethical and economic reasons, different variants of natural musk have been developed with the same fragrance and penetration effect. Thus, it will have the same influence on your senses as that of natural deer musk.

In Ayurveda, musk has been considered as a life-saving drug and used in various cardiac, mental and neurological disorders. It has also been included in various compound formulations, such as Kasturi Bhairav Ras, Kasturi Modak, Mrignabhyadi Vati and Mrigamadsar, which have wide therapeutic applications. These insence sticks give a distinctive,pleasant,soothing and mesmerizing effect when burnt.our insence sticks cause a calming effect on mind when burnt,hence demanded in spa,yoga meditation & aroma therapy centers. 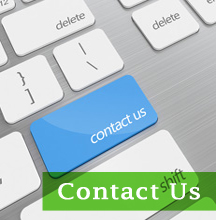